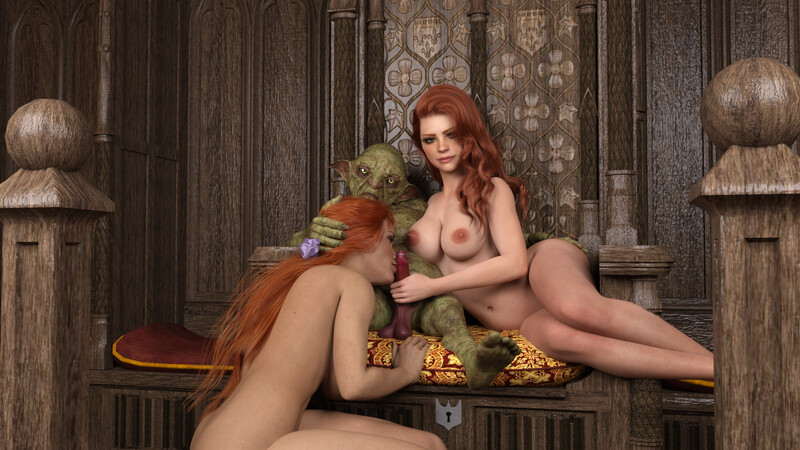 The Last Goblin. A stealth RPG harem collecting game with a mischievous goblin main character. Sneak through and explore the city of Krumveld, ruled by the brutal baron who killed your people. Meet the city’s women and build your harem as you take revenge on the baron while also forging a new future for all of goblinkind. As your harem grows, not only do you get to enjoy more of those obvious benefits, but you also gain access to more tools to help you sneak and gain access to more parts of the city.​

v0.3 (LEVEL 3 AND 4 LOCKPICKING NOT IN GAME YET. YOU DON’T NEED THEM FOR ANY OF THE CONTENT)

Note on save compatibility: Saves from previous versions should be compatible, however, if you choose to bring over a save from a previous version, the name that Cindy calls Kretch when she joins the harem will default to just a blank. You can always change how she refers to Kretch at the sign next to Kretch’s bed. If that bothers you, you would have to start a new game so that the name defaults to Kretch.

– Added Cindy’s progression and harem content (except for daytime harem scene) in 107 new renders.
– Added the Calling Bell item at the end of Cindy’s questline. It can be used from the player inventory to return them to the safety of Kretch’s cave.
– Expanded Priscilla Galdenhoff’s storyline.
– Introduced Shanelle, a future optional harem girl.
– New areas that are part of Cindy’s storyline.
– Fixed some typos and grammatical issues.
– Fixed more stealth line of sight issues.
– Removed one of the guards from the intro area in the goblin camp. This guard was causing trouble for a number of players and the intro tutorial achieves what it’s supposed to with or without this guard.
– Added a sign outside Kretch’s cave that tells you how many sex cards are available in the game currently.
– Seaside district name should now appear on screen when entering the zone.
– Fixed some questlog issues.
– Fixed a few issues with recollection room.
– Some other stuff I’m probably forgetting.

v0.2.1 (Previous saves should be compatible) LEVEL 3 AND 4 LOCKPICKING IS NOT IN GAME YET
– Added Alina’s Intro scene in the Seaside District (bring some rope), 10 renders
– Added the Seaside District complete with guards and gold spawns.
– Added the first custom collectible render to be found in game as part of the $20 subscriber reward.
– Added busts/portraits for the following characters: Lady Galdenhoff, Priscilla Galdenhoff, Baron Galdenhoff and Lindis.
– The thugs from Melanie’s arc who can be paid to remove guards for one night will no longer sometimes wander around randomly.
– Fixed more grammar and typos.
– Fixed various location issues.
– Tweaked guard sight lines in certain areas so that they’re less likely to see you through impassable blocks.
– The text above doors that indicate the lockpicking level necessary to open them will now turn green if you possess the necessary lockpicking level or key.
– Fixed a few issues with gold spawns.

How To Install The Last Goblin

Of Birds and Bees Free Download Latest Version Of Birds and Bees Download Walkthrough + Inc Patch Mod Apk For PC Windows, Mac, Android – Once upon a time, in the Great Plains, there sleeped a great … END_OF_DOCUMENT_TOKEN_TO_BE_REPLACED