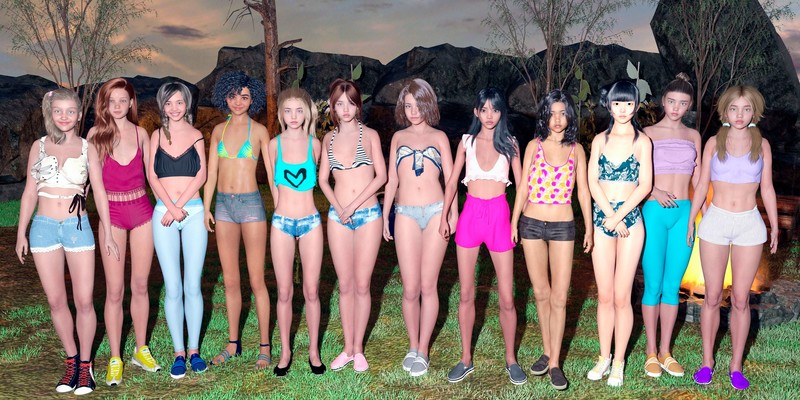 You are a young Psychology college student, handsome, intelligent and with great effect on women. Like many European students, you are going to spend the summer as a camp monitor, in the USA to improve both your English and your resume, but the surprise comes when you are assigned to ‘Beaver Falls’, a camp for teenage girls with mental health issues, and you will be their therapist…​

v0.1.4:
-2 new sex scenes, 200 new renders, 2 animations and 6.000 words
-The story continues until the end of day 2
– April’s flashback is now optional. Those who don’t like to see girls interact with other men or watch edgy scenes will have the option to skip them.
-The entire internal script of the game has been restructured, so the old saves seem to be useless
-I have removed the music from the game, as I was not happy with the result. In the future, if the players think it can be an improvement, I will add a more suitable soundtrack, sound effects, etc.
– In total, 28.000 words, 800 renders and 6 animations
v0.1.3:
-350 new renders, 2 new animations and 12.000 words
-The story continues almost a complete day more, so the game doubles its size
-Fixed some images from first release (shower daydream)
-Hired a proofreader to improve the story and dialogues
– In total, 22.000 words, 600 renders and 4 animations
v0.1.2
-The player now has decision-making power, but be careful, some choices can turn out very well, but others…
-Now the player can choose the age of the girls
-Added new content, a new sexual scene, 50 new renders and 2 new animations
-Changes on the script and remade some renders to fix issues from the first version, like MC’s penis or the excessive body hair of some girls
– In total, 12.000 words, 250 renders, and 2 animations
v0.1
This version works like the prologue of the story, with 200 renders, +10000 words
In future updates the game will be growing, and choices and animations will be added.

How To Install Summer Camp