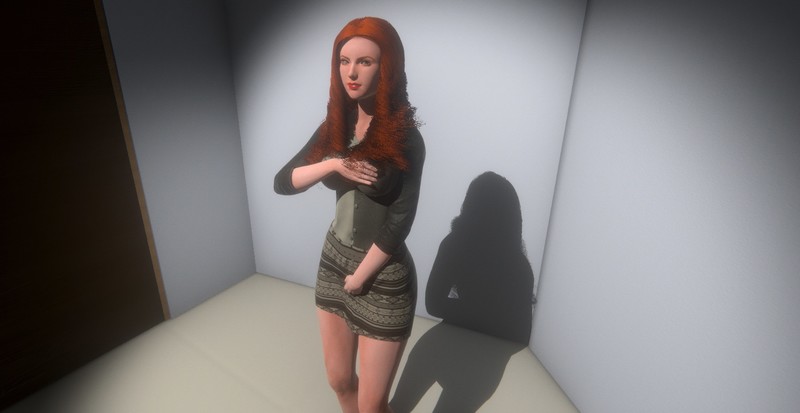 Some Modeling Agency Download Walkthrough + Inc Patch Mod Apk For PC Windows, Mac, Android – Your job is to rate them based on looks and personality.

A variety of women will come to your office looking for a modeling career. Your job is to rate them based on looks and personality. Over time, your rating changes females showing up, Example: rating 10/10 -big chest females- will cause more -big chest females- to show up (same goes for promiscuity). This Improving effect only happens on certain days of the week.​

Changes
-Auto Ratings, at the start of the interview. (if the player is using a profile for that group)
-Now you can restrict the Hue of: hair, eyebrows, eyes, lipstick, nipples, clothes (some), underwear (some). -> Gameplay Option tab.
-New option tab: Guide. Please read it.
-All UI fonts improved.
-Rating a slider at zero, will produce random genes for that slider
-The default hole “wear away” of a model, won’t affect calcules from physics nor AI
-Genes will have more control over the iris color.
-Had to add 30+ more fields to the Profile Complete Mode.
-Simple Mode for Profiles uses facial types rather than face part sizes.
-Instead of earning decimals for each model in the finalist pool and a level when the finalist pool fills up and is emptied, a single model in the finalist pool now earns a full point, but gene pools will NOT be finalized until only one model remains (before there were 4 models). The twins detector is less sensitive, which means that models in the same pool will be more similar to one another, extending the number of interviews required to narrow the pool to a single model.
-When a group’s pool narrows to a single model, it is added to the pool of finalists. Rather than waiting for another nine models to create a new super pool, this model is now used as the basis for the generation of new models within the same group, ensuring that the algorithm is constantly fed.

-New Radial UI implemented, to go back without using the go back button, just press right-click down and then up, needs to be fast.
-minor decrease of lips physics movement on the x-axis (it may need more)
-player can move finger inside holes with more freedom (be careful)
Fixes
-fixed the circular dependency between penetrating-finger position constraints, hole position, finger position.

Fixes
-Phone Camera Saving
-Dialog: Names written by the player are no longer ignored.
-Fixed null exceptions when the player tries to take a picture without any model in the scene.

Notes
-Check your antivirus if the photos do not appear in the “Characters” folder
-Oops!

Changes
-hero can pull out his finger.
-when pulling out the hero’s hand, fingers are close together
-option for changing hand rotation inputs inversion. It is turned off by default. (sorry about the spelling error)
-versioning is now: major.minor.patch. (This does not mean we are 5 minor releases away from a big release)
-low quality is faster
-suck joint against lips will break by force (no more super stretched out dick)
-no missing references anymore (could help with crashes)
-updated to a new unity version (could help with crashes)
-same physics logic for penetration depth, now applies to penetration thickness (generic dialogues for this have not been developed yet)

Fixes
-oral sex servicing: all IK effectors were turn on while standing pose.

Notes
-press 2 to pull out the finger. it is missing from the inputs list, sorry.
-there is a spelling error in the inputs -> hand rotation reversal, option.

How To Install Some Modeling Agency