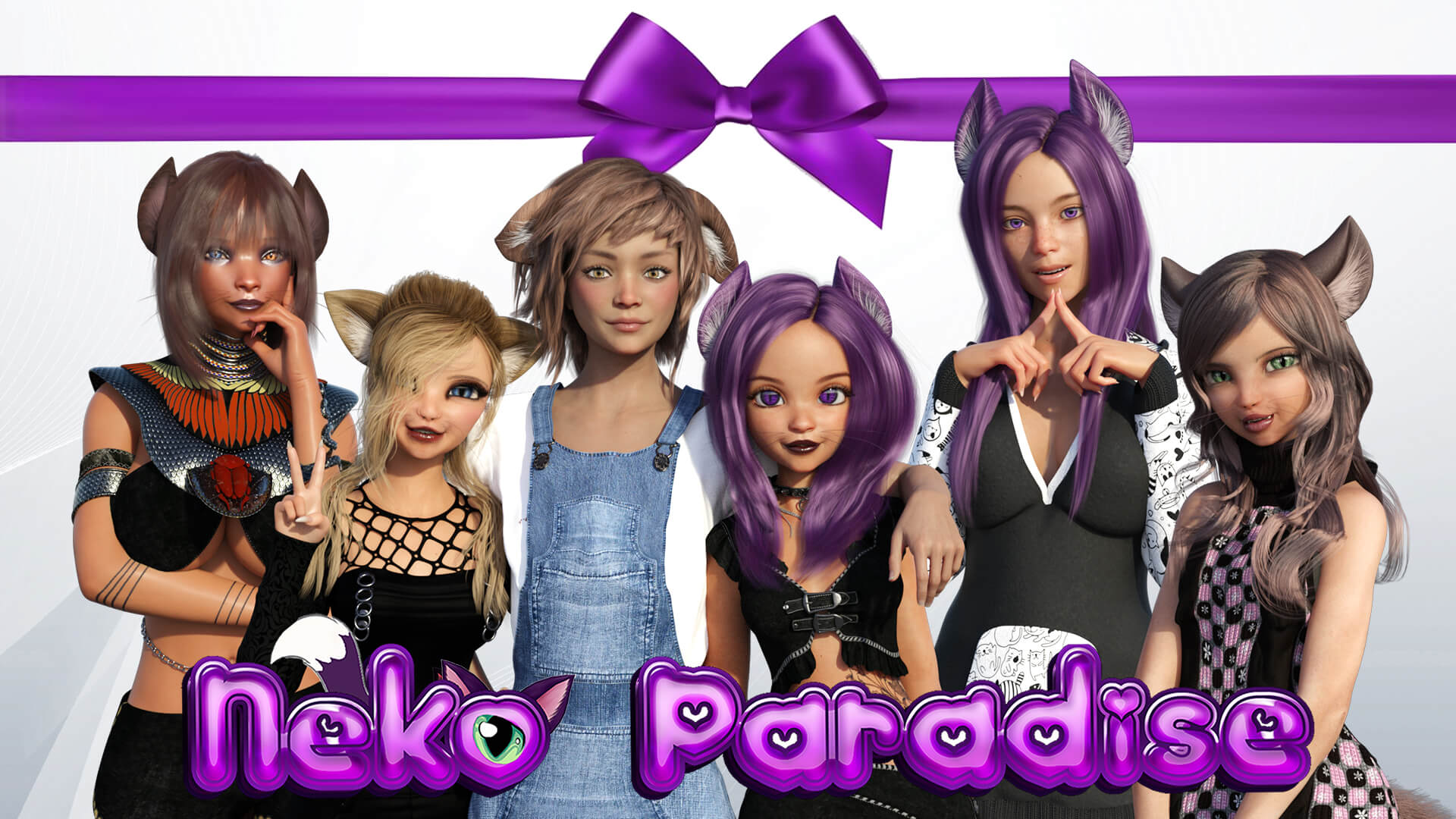 Neko Paradise is a free roam adult game with lots of cute Neko Girls.
Features a unique animated character interface and lots of CG animations.
This game has at least one Neko for every person’s preference and you get to decide which ones to romance or avoid.
Explore the island and its secrets – emerge in the cute and sexy world of Neko Paradise!

You often went on fishing expeditions with your father… ’till one day you were swept up in a storm.
After getting thrown from the boat and separated from your father you woke up on a strange island.
You were found and rescued by a beautiful girl who you later married and had a daughter with.
Now… with no memory of the past because of the accident… you struggle to recall the events that led you here.

v0.09A
Keep in mind that this is not the complete V0.09 release, it only features the new characters and systems, the rest is coming soon.

v0.07
New system build – V1.0 Base system setup – Old Saves won’t work.
New game system won’t require a complete game download anymore. (Windows/Mac)
Specific updates and patches will be available for patreons inside discord, not patreon page.
Special scene with Chocomint one of the ‘winners’ of the voting poll.
Added 1 new character to the game story and 3 new standalone characters.
Added 1 new main wallpapers and 1 new standalone wallpaper.”
So to clarify, 8 wallpapers are present and 2 extra ones if you have Nina and Cotton installed.
Game now features a separate story event system appart from the character events.
Improved Interface, Gui and Hint System.
Added replay for sex scenes as option in the bed.
Added 2 new music to the player, other extra sounds, 20 new sex animations and over 100 new images.

How To Install Neko Paradise