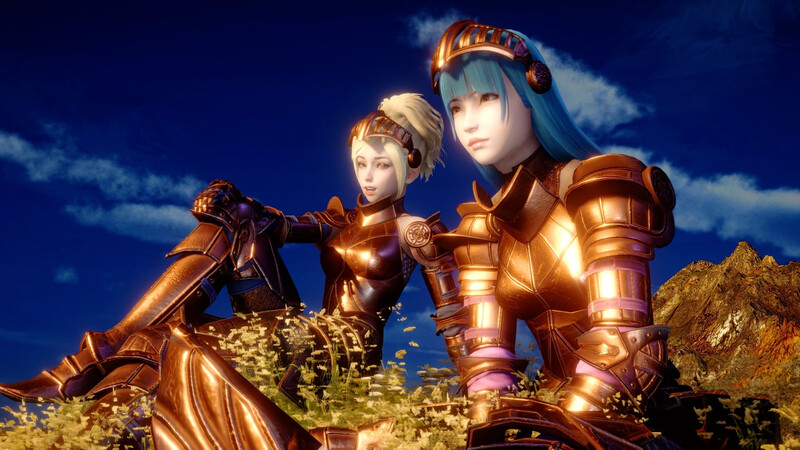 Gods Call Download Walkthrough + Inc Patch Mod Apk For PC Windows, Mac, Android – What if you woke up in the middle of the desert without any clue as to what you are..

What if you woke up in the middle of the desert without any clue as to what you are, and much less where you are?
You find yourself lost in the world with no place to go, are the ones you meet friend… or foe?
A sense of hatred, disgust, and hostility engulfs the land they call Asteraoth.
How you tackle this situation is up to you.
In a place where choices will lead to a different destiny, will you face your fears?​

– Added a background to the pause screen.

– Dynamic Option Screen, now changes depending on the progress of the story.
(Changes based on save file being loaded)

– Added a Music Player so you can enjoy God’s Call music to the fullest!

– Textbox transparency is now able to be turned on!

NOTE: 1. The gallery isn’t working for this update, however, there is a massive overhaul planned to give better options and better menus for the gallery coming this month as version 1.3.1. 2.

Android version still needs some more work to remove that annoying problem installing, maybe I’ll have it ready by this weekend.
v1.2.1
Gallery:
– The gallery now allows you to select male or female sexual preference to preview the scenes with that preference.
– Skipping issues have been fixed with the gallery.
– You now unlock Male/Female choices all at once.
(A new save would need to be completed to override the current changes.)
– Battles are now fixed and load properly.
– Fixed Gale Training Scene Crash.
– Fixed Battle Tutorial not working properly.
– Fixed Map Animations not working properly.
– Grammar Fixes.

New Music!
The game has it’s own OST composed by the great DARK FANTASY STUDIO!

New Intro Voice Actor!
That’s it, this one is on the title!

– Quality Of Life –
Speed of Text!
You now select the speed directly on the options menu instead of the beginning of the game.
(Comes with a instant option now!)

– Battles –
Upgraded Battle UI & Cards!
The battle was polished even further to make it more enjoyable!

Battle Speed!
You now select the speed of the battle between Normal and Fast(100% Increase!).

Skipping!
Yep, this was a huge request… so here it is!

HUB!
From Chapter 2 onwards the world will face several changes and it would be cool to see all of that happening as the game progresses.
So the HUB was created to give that feeling with several customization options!
This also allows to better deliver side content as all of it appears on the Quest List.
The map got a professional refresher and the nations got their own respective Kingdom Coat of Arms!

Gallery!
A timeline gallery has been added with Chapter 0 | Chapter 1 and the three Chapter 2’s.
Now you can replay the scenes to your heart’s content.

Glossary!
I know there are some lore lovers amongst the crowd so here’s a tip of the hat from me.

How To Install Gods Call

Gods Call Free Download Latest Version Gods Call Download Walkthrough + Inc Patch Mod Apk For PC Windows, Mac, Android – What if you woke up in the middle of the desert without any clue as to … END_OF_DOCUMENT_TOKEN_TO_BE_REPLACED

The Writers Visit Free Download Latest Version The Writers Visit Download Walkthrough + Inc Patch Mod Apk For PC Windows, Mac, Android – It’s up to you to use your niece to help grow your harem.. Developer: … END_OF_DOCUMENT_TOKEN_TO_BE_REPLACED