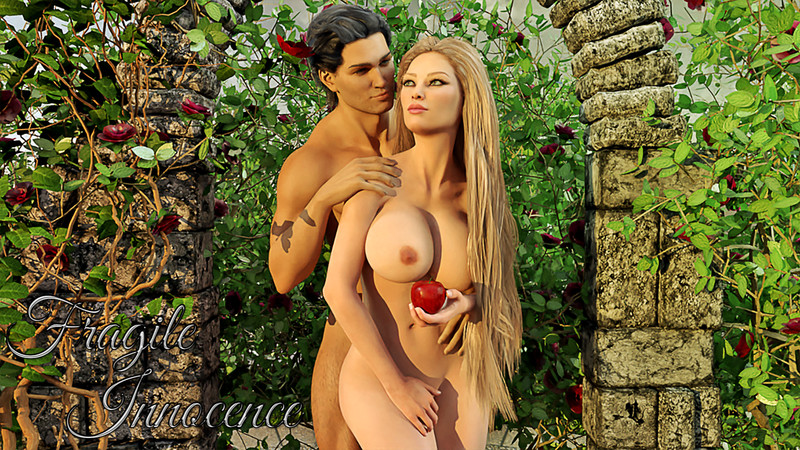 “Fragile Innocence” – is a RPG-style story-oriented open world game where your decisions shape the future of two main characters. You take the role of Prince Philip and Princess Isabella,the future rulers of neighboring kingdoms. Due to a decision made by their parents they are set to get married. Just before the wedding a strange chain of events takes place, which forces them to continue their journey separately. Will they find a way to be together again? Or maybe they will decide to find a new love? You will decide how the story unfolds. The game will touch themes such as: long distance relationship, coming of age, moral corruption and cheating.

0.9
Added new quest: ‘Calm before the storm’
Added new scenes (depending on your choice in the last Sigmund’s Scene you’ll either get next scene with Luis or a dream sequence with Philip — I advise to check both). To have the most juicy version of Cassius Scene you have to agree to his proposal in the Winery.
Introduced 3 new characters (Bernard Moreau, Pascal Vidal and Celeste Chapelle)
Added new busts and sprites for few characters.
Added 2-3 animations (it depends how you count it).
Added 6 brand-new maps.
Completely redesigned: Noble District, Town Square, most of Castle Interiors, Royal Baths.
Partially redesigned: Temple District, Docks, Castle Courtyard. Besides that, I improved foliage of most exteriors.
Added Map Menu (for now you can check maps only for the Royal Castle and Military Camp). Press ‘M’ to use the menu. If you’re using really old save, there’s an option in Isabella’s room to add Map Menu.
Fixed few grammar mistakes from previous update.

v0.7
Added new quest: The last obstacle
Added 2 new large scenes (scene in the baths changes dramatically depending on your choice after the fight with Juwete) and 4 smaller ones.
Added new main menu screen.
Added short stealth mini-game.
Added sprites and busts for few characters, including new ones for Isabella and Philip.
Added Philip-Isabella Relationship Intimacy lvl stat. You can check your lvl in Menu->Status->Personality
Changed name of two statistics to make it less confusing: ‘Arousal’ is now called ‘Desire’, ‘Shame’ is now called ‘Indecency’.
Now ‘Oral’, ‘Anal’ & ‘Vaginal’ stats will display no experience as ‘Virgin’ instead of number ‘0’.
Remade all the scenes to make smoother pictures transition. No more map pop-out during transion between renders.
Now save screen will display the title of chapter. Doesn’t work with older saves.
Fixed few grammar mistakes from previous update and added new sound effects to older scenes to make them more immersive.

How To Install Fragile Innocence

Of Birds and Bees Free Download Latest Version Of Birds and Bees Download Walkthrough + Inc Patch Mod Apk For PC Windows, Mac, Android – Once upon a time, in the Great Plains, there sleeped a great … END_OF_DOCUMENT_TOKEN_TO_BE_REPLACED