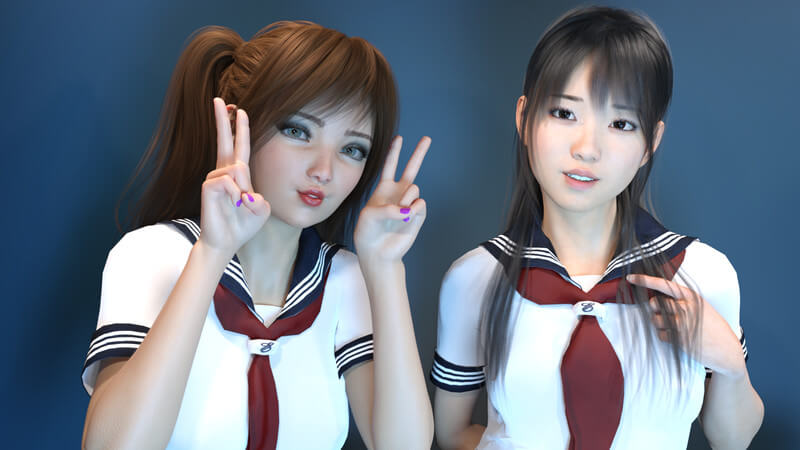 v0.7:
– Chapter 8 release.
– 290 new images.
– 12000 new words of text.
– 1 new animation.
– Entirely new sex scene has been added to the start of the Prologue.
– Optional ‘Lesbian Mode’ has been added to the preferences menu. This will allow players to avoid some early-game sex scenes involving men, and will be expanded upon in the future.
– A few dozen images from earlier chapters have been redone, with improved cum, better lighting, and more.
– Subway sequence in Chapter 1 has been expanded upon slightly.
– Added new parameter for lesbian experiences.
– (v0.7b) Fixed the ‘lunatalk’ and ‘lucastalk’ variables from Chapter 7, which were causing some dialogue in Chapter 8 to not be displayed.
– (v0.7b) Flagged another scene to be skipped while Lesbian Mode is active.

v0.4:
– Chapter 5 release.
– 200+ new images.
– 16000 new words of text.
– Phone pop-up has been added, with appearances in Chapter 5 as well as older content.
– 2 new images and accompanying dialogue have been added to the Violet sex scene in Chapter 4.
– ‘Rank up’ messages at end of chapters has been removed, with this information instead being conveyed by the Stats box.
– Minor UI tweaks.
– File size for older chapters has been reduced.
– (v0.4b) Fixed a bug when selecting the decline option during Violet’s segment.

How To Install Casual Desires