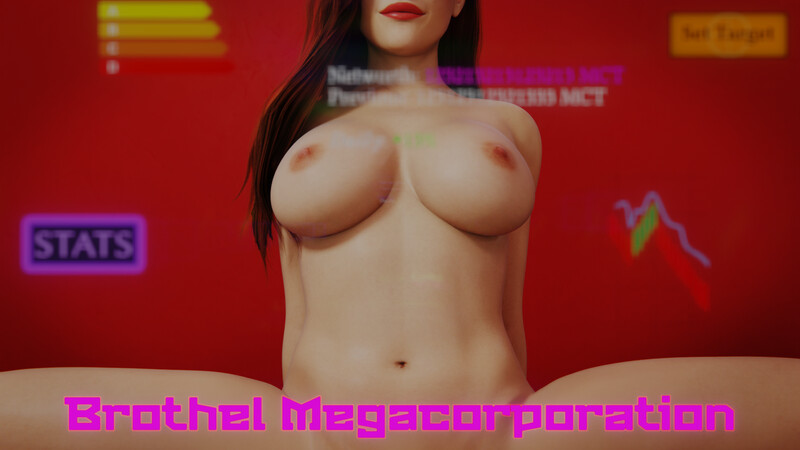 Epifania is a city where money can buy everything. This autonomous territory is managed by megacorporations, private armies, and independent trade unions. You are an ambitious person who came to this sinful city hoping to make it big. However, you have no powerful or rich relatives in here. The only person who seems to believe in your potential is an infamous Devil Investor. And she just happens to have a mission for you: renovate an abandoned building and transform it into the best brothel in Epifania City!

v0.4:
– Room visit feature: Unlocked in Rank C. You can now visit the courtesans in their rooms to get to know them better.
– Relationship level: Talk to the courtesans and give them the right gifts to increase your R level.
– 14 casual sex animations for R level 2.
– Content poll winner: R level 2 event for Caroline and Julia.
– Gift system: Businesses that are being managed by you will generate unique gifts every week. Give them to your courtesans to increase their R level.
– Android version: New “Hide” button to hide the UI

v0.3:
– 2 new unlockable D rank courtesans: Ayaka and Hannah.
– New events for Ayaka and Hannah
– New district with 3 competing businesses.
– New Facility: the Restaurant. Upgrades: Kitchen and Special Service
– Legal Dispute Rework: Now it’s a high-risk, high-reward battle card game. You can collect new cards and add them to your basic deck.
– Content checklist in “Help” section that shows what content is available for the current update.
– Overhaul of the Stock Trading in Portfolio:
>Fixed stock numbers being displayed incorrectly
>Bailouts have been adjusted to prevent business from failing repeatedly.
>Bubble burst mechanic: stagnated and overpriced stocks can now be slashed in half, resulting in maximum profits for those who invested in their competitors.
– 4 new CCTV animations for the 0.1 girls
– You can now increase the business grade in greater increments. Business grade limit and upkeep now scales based on you business level.
– Fixed Investment bug where Revenue was being displayed incorrectly.
– Continuation of the Julia event (unique animation and CGs)
– Vacation Feature: Fast forward the game after opening your company.
– New update button in the office to fix older saves.

v0.2:
– Quick Train Mode: new option to skip training animations.
– Added “thousands separators” to make numbers more legible (1000000 will now read as 1,000,000).
– Gloryhole Bootcamp: a new alternative for training courtesans based on RNG.
– New event chain for the Nightclub + Threesome animation.
– Remade 3 Rank C animations (Caroline G, Zoe G, Nicole A).
– Now you can travel to and from the office using the world map button.
– Going to the gym is now more expensive.
– Max Energy Stat can now decay over time (-5 every week until 100).
– Tutorials for the Target System and the Company have been added.
– Busy system: courtesans can become unavailable during the day if they are busy doing something else.
– Updated Renpy Engine to the latest version.
– Fixed a bug where you could get negative alternative EXP points.
– Fixed a bug where you could get stuck when clicking on the STATS button.

How To Install Brothel Megacorporation

Gods Call Free Download Latest Version Gods Call Download Walkthrough + Inc Patch Mod Apk For PC Windows, Mac, Android – What if you woke up in the middle of the desert without any clue as to … END_OF_DOCUMENT_TOKEN_TO_BE_REPLACED

The Writers Visit Free Download Latest Version The Writers Visit Download Walkthrough + Inc Patch Mod Apk For PC Windows, Mac, Android – It’s up to you to use your niece to help grow your harem.. Developer: … END_OF_DOCUMENT_TOKEN_TO_BE_REPLACED