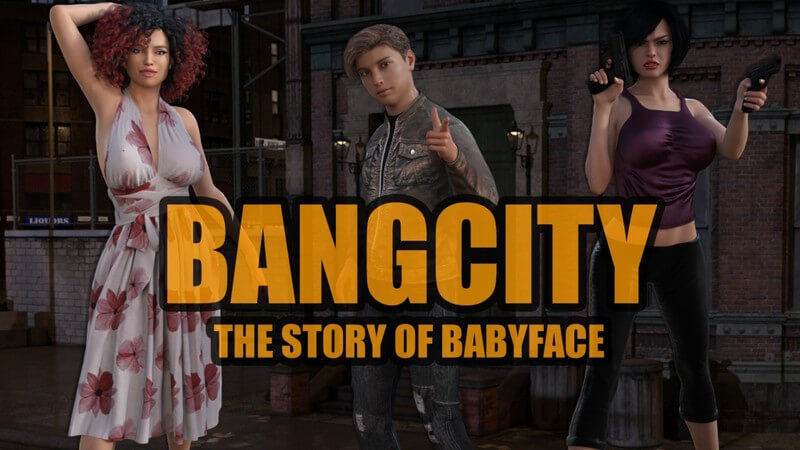 BangCity is a rundown place ruled by gangsters and corrupt politicians! The hero of this game is Babyface! Grown up among criminals he decided to go his own way after the gang was busted. Now he has to build up a new life and starting his revenge against all who did hurt him!
MC has to gain control over the gangster’s wives and needs to get closer to his Landlady, Valerie!

Because there are people who do not read posts:
NTR can be switched off. At the start of the game/the savefile you can choose your preferences!​

v0.11c
– About 300+ new pictures.
– Sit on the couch at evening to smoking weed with Valerie with more options
– Another training with the gang ladies
– Sometimes Valerie waits in MC’s bed after work at noon.
– Valerie wants to go to the movies with MC!
– Another scene in chapter 1: MC takes care that the bitches can go shopping without being reported to the police.

v0.10a
– Having fun with Diane
– First time sex with Valerie

v0.09b
– A new photo shot with Valerie
– More fun in the basement. You can smoke more often now, but Valerie might get angry if you smoke to often.
– More pussy eating
– MC strokes the G-Spot

v0.09a
– MC starts to eat Valeries pussy
– Sideplot – The photo studio
– Punishment system – Spank the bitches to raise there motivation and income!
– MC is forced to go to the bank and withdraw money if cash is low
– New city map (not perfect but better)

How To Install BangCity Rework